Back to Building Projects 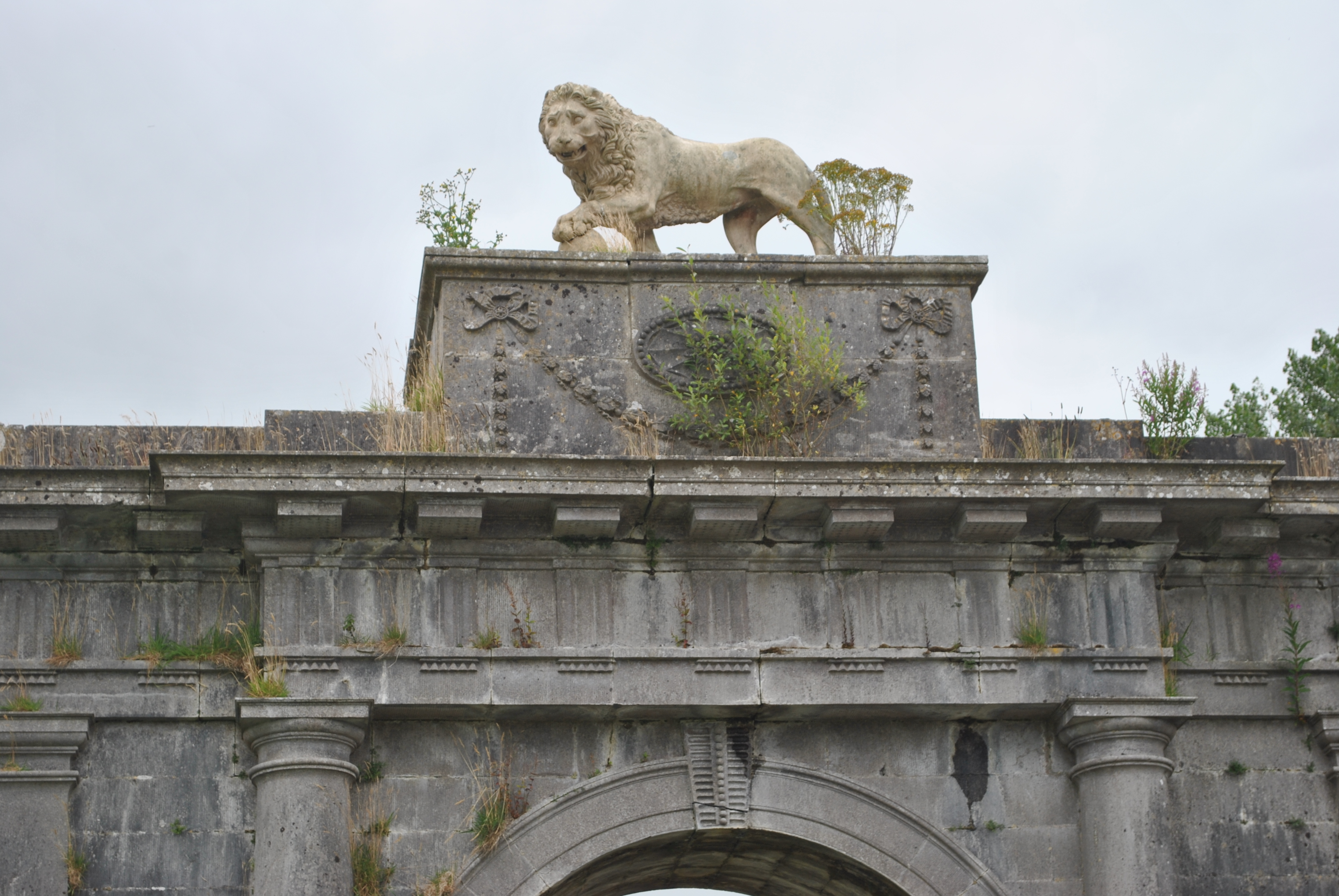 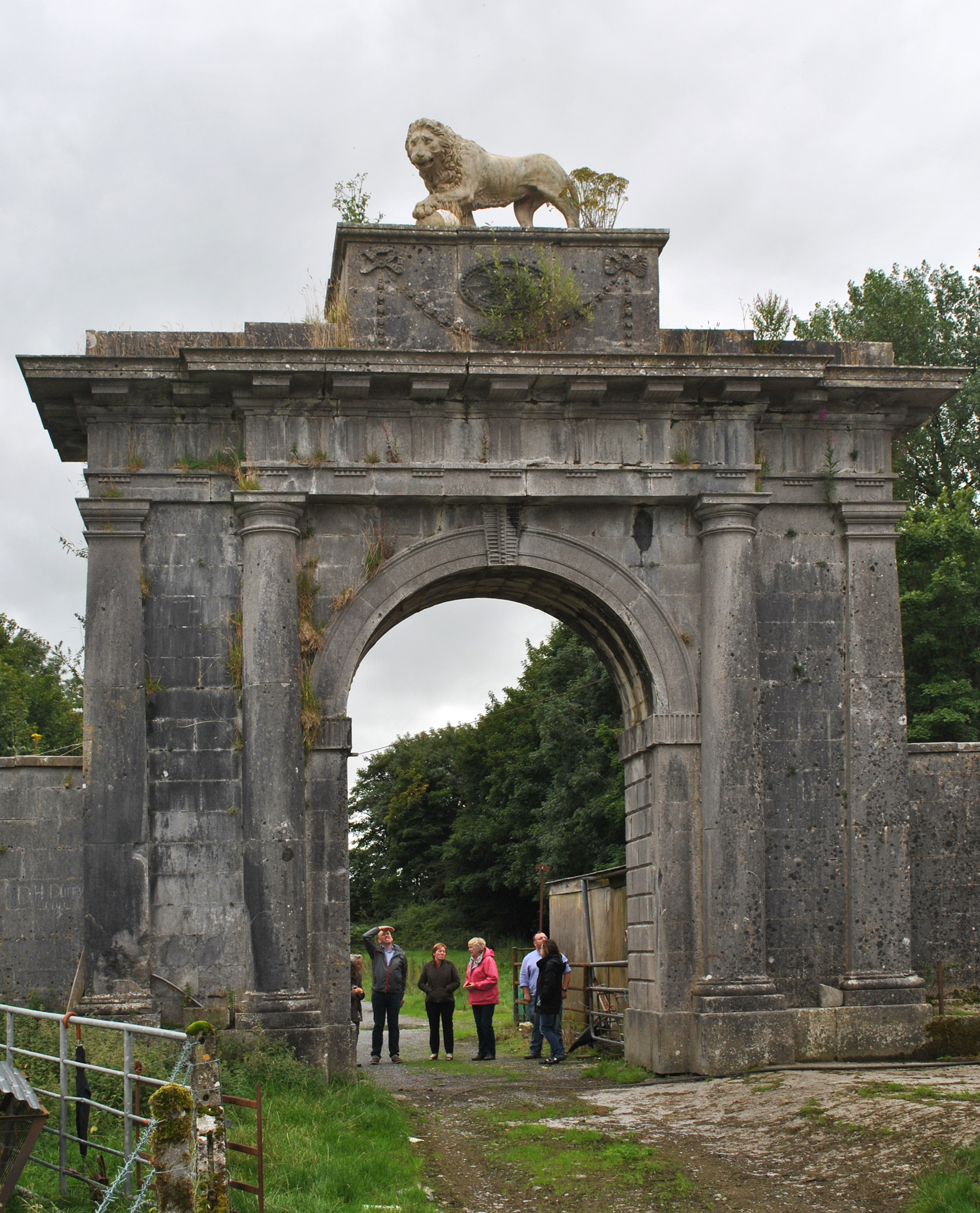 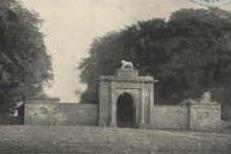 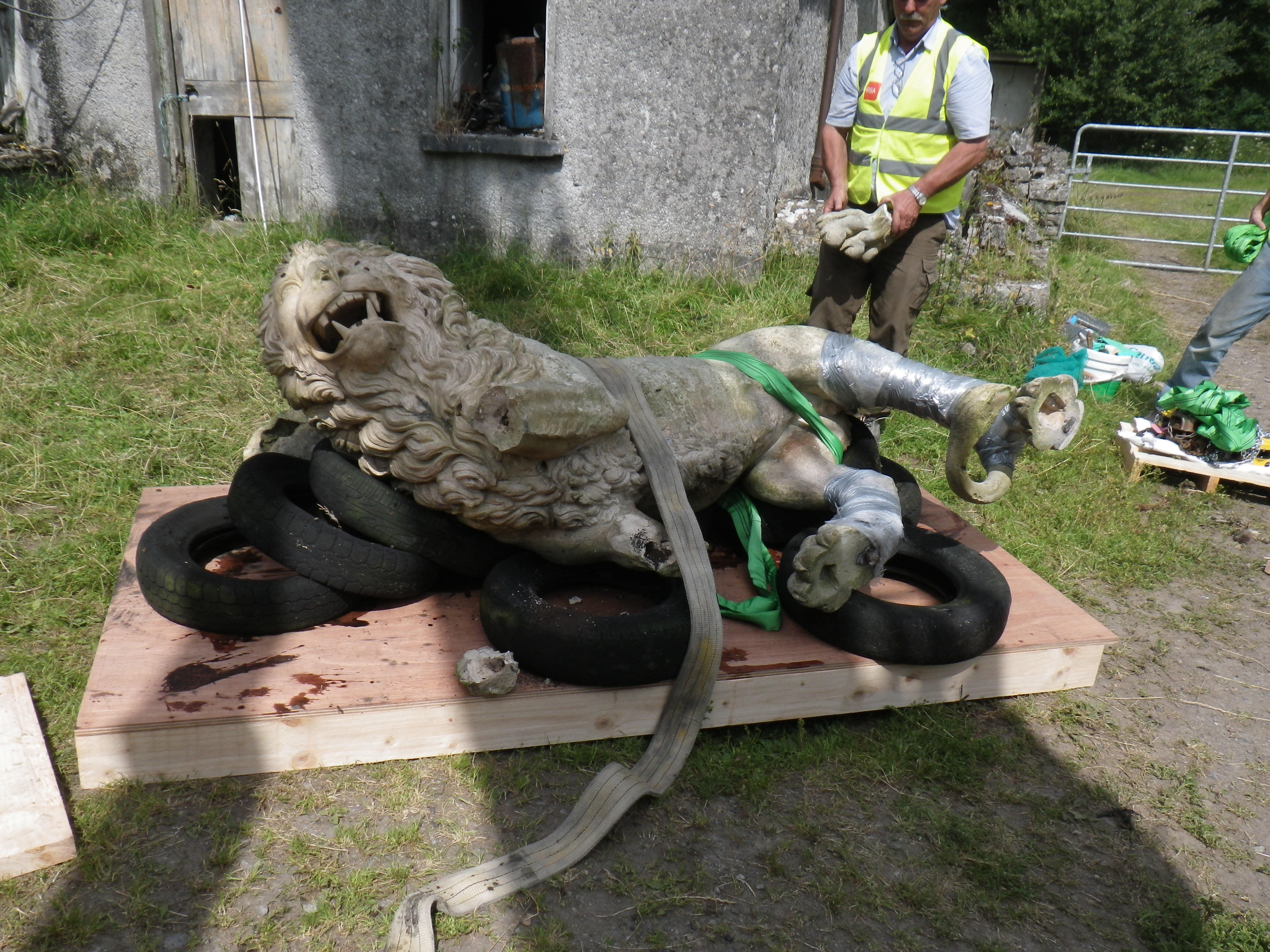 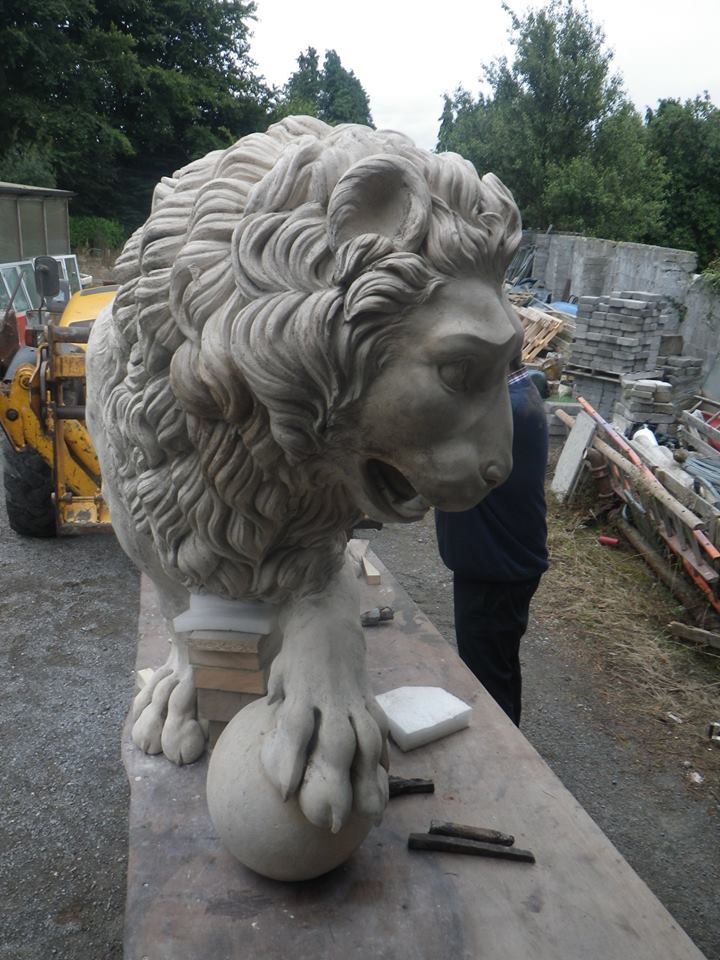 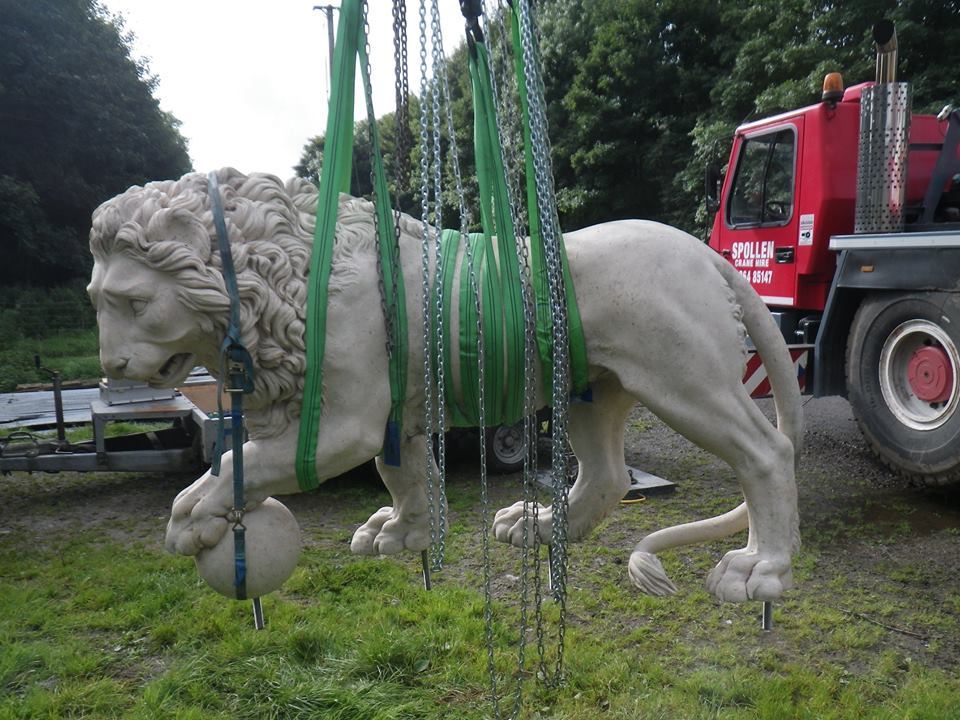 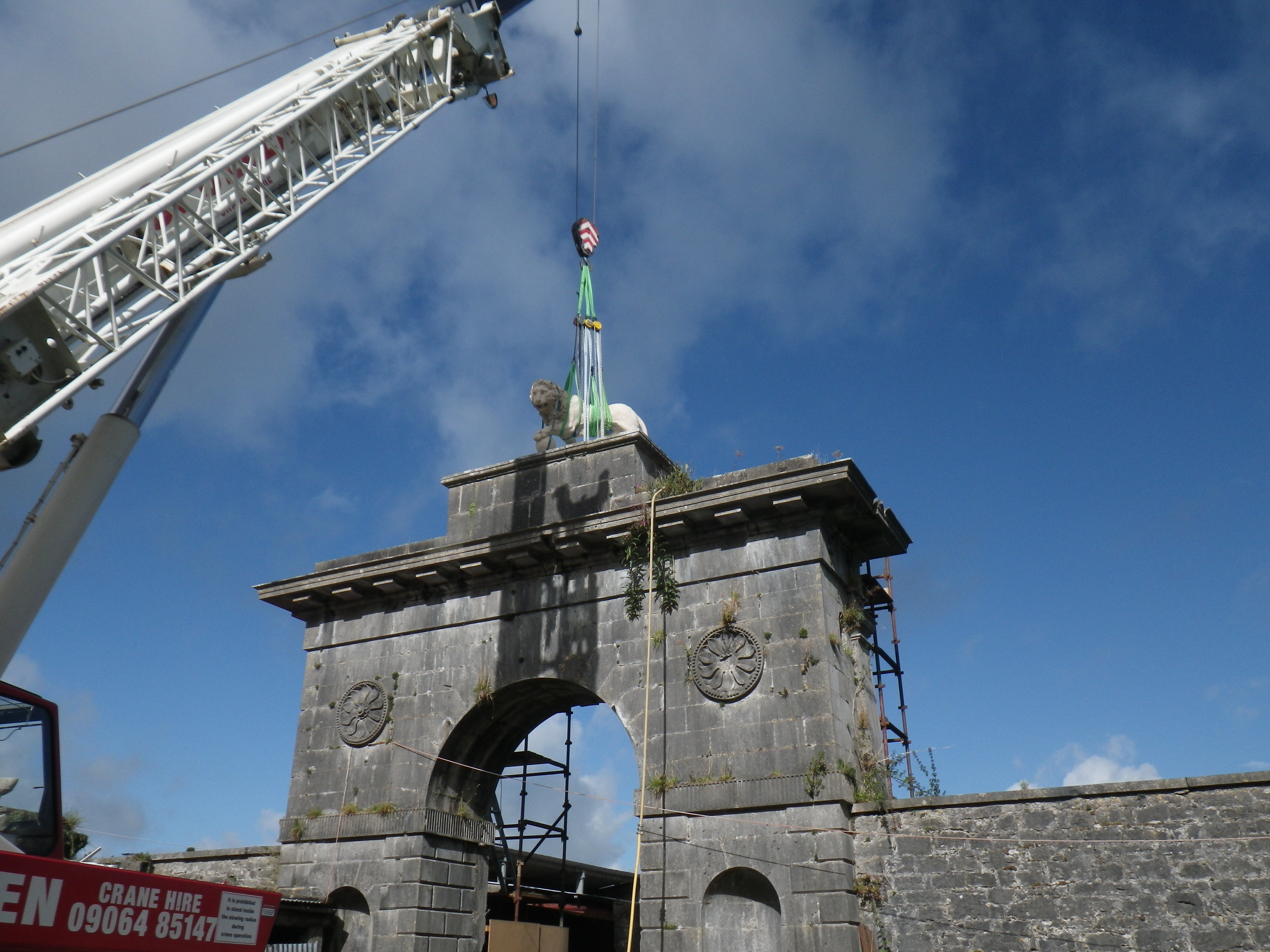 Mote Park lies to the south of Roscommon town and was home to the Crofton family from the 1660s to the 1940s when the house and lands were acquired by the Land Commission. At the centre of its demesne lay Mote Park House which was originally designed by Sir Richard Morrison in 1816 but was re-built following a fire in 1865. It was subsequently demolished in the 1950s.

The Lion’s Gate archway stands at the former south-eastern entrance to the demesne and is attributed to James Gandon. It was built in 1787 and consists of a Doric triumphal arch constructed of limestone surmounted by a Coade stone lion with screen walls linking it to a pair of identical lodges. The structure had been in poor condition for some time with weather action causing damage to its stonework and the legs of the Coade Stone lion fractured in places.

The Roscommon Heritage Group has long championed the conservation of the Gate and, with guidance from local conservation architect Mary Carroll, spearheaded a programme of works in 2016 to consolidate the archway and repair the Coade Stone lion. This artificial stone was produced through the moulding and firing clays over several days and was patented by Mrs Eleanor Coade and produced in England in the late 18th and early 19th centuries.

Following the preparation of a report prepared by sculptor Eoghan Dalton, the Lion was removed and brought for repair to Coadestone Ltd. of Wiltshire, England. Its conservation included the reconnecting of three of its legs which had become separated as well as careful surface cleaning.  The Lion was reinstated in September 2016 with further works to the archway including weather proofing at upper levels, select repointing with lime mortar, and minor masonry repairs.

In addition to a grant of €10,000 from the Irish Georgian Society, funding was also provided by Roscommon County Council, the Dept. for Arts, Heritage and the Gaeltacht, The Follies Trust, Roscommon Heritage Group and anonymous donations.